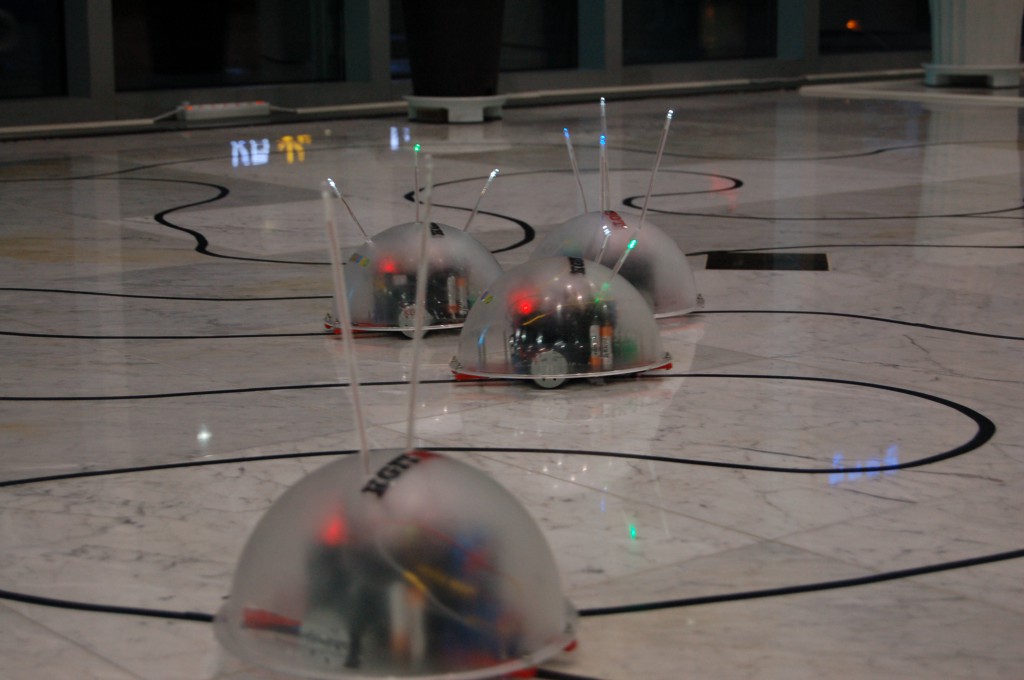 These 10 line tracing robots were made to promote KGIT with the materials supported by a Korean educational robot company – Hunarobo as a part of Robot Performance in Media Art Festival at DMC Culture Open 2010.  Audiences were encouraged to expand the routes for robots and the length of the tracks keeped increacing as the exhibition continued and more audience interacted with the performance. Robots were  blind and simple,   they only have a several IR sensors to sense the tracks, but kept moving forward following the tracks. At the end of the exhibition, we had two large lobby areas filled with the tracks in the 1st floor of KGIT Center. 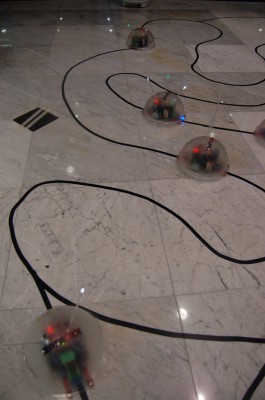 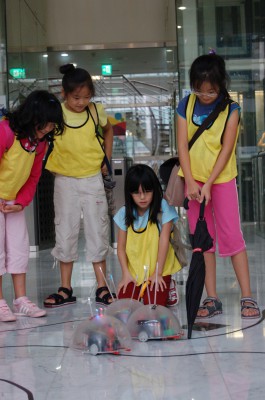